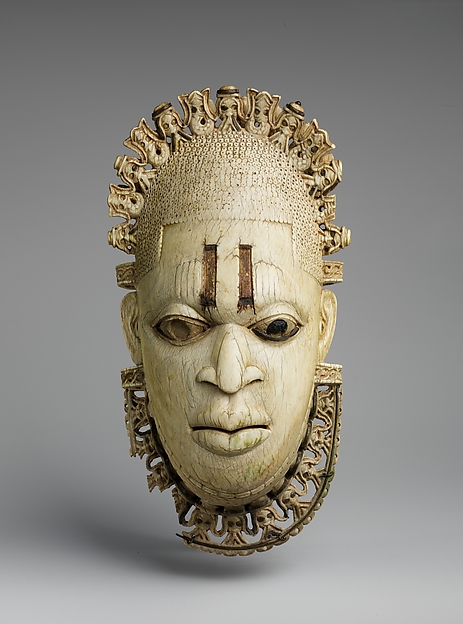 My father, Yvan Osagede Igbinedion, grew up in Nigeria. He is ethnically and culturally Edo, and has passed this tradition on to me. My father has transcribed a book of Edo aphorisms called Itan-Edo which I will publish below.

“Two hundred years cannot but come to an end” is true of this book. Why do I say this? It is nearly thirty years since I started to collect these proverbs. But in the beginning of 1935, I left the Benin country for an institution of learning in Yoruba land. Since then I have never lived in Edoland.

I had wanted to add many more collections of proverbs to these, but my absence from home militated against me and rendered the task of collecting not only extremely but dangerously slow. “Absence from home discredits one’s manliness” says a Benin proverb. Another says:”It is he that does not encounter impediment that is powerful.” However, I am pleased that these few that I have been able to collect since then are now printed for circulation.

Right from my boyhood days, I have appreciated with amazement the richness of the Edo language, the philosophical and rhetorical sayings of the Edo, their idioms and epigrams, their wise sayings and thought provoking proverbs. Therefore I decided to write a few down for my own benefit. As I wrote on and on I felt that if my collections went to print they might appeal to some other people.

I am not a linguist-far from it; but the one or two languages I understand in addition to Edo made it clear to me that only few languages are as rich or could be richer than the Edo language.

In order that foreigners who are interested in Edo or who take delight in proverbs may know and appreciate Edo proverbs, I endeavored to translate them into English.

In order also that foreigners who study the Edo language may follow as much as possible word for word the meaning of the words, I deliberately translate most of the proverbs literally nevertheless taking care that they do not lose their intrinsic meanings. This is not an easy task.

Regarding the spelling of the Edo words in this book,I am aware that some Edo writers may not agree with me. For example they might like˙omwan, Emwin, emwen, iyan, ayon, to be written: omwa, emwi, inya, enye, anyo. I personally prefer the older form of spelling because I feel that it indicates better the final nasal sounds of the syllables of these words so I stick to it.

I firmly believe that it is high time, if not overdue, that people who understand the Edo language deeply and can read Edo books perfectly were gathered together to discuss and adopt a new and complete Edo orthography which all Edo speaking peoples, Esan, Esakon, Ivbiosakon, Uhobo, Isoko and Iweres should adopt for one standard national language like that of the Yorubas or the Ibos.

I earnestly appeal to all Edos who read this book to send me some Edo proverbs they know are not yet in it (you can email me at ofurhe@ofurhe.com); so that when I shall be revising this book I may add them to the present volume in order to preserve these priceless sayings as a legacy for our posterity. Thus they will be in a position to admire the wonderful knowledge and wisdom of our progenitors and take pride in their achievements.

I do not attempt to boast that the Edo orthography I employed in writing these proverbs is the best, or that my English translations are anything near perfection. If anybody who reads this book through it adds a few more to his stock of proverbs, and sees cause to appreciate and praise the ingenuity and prodigious brains of our forefathers, the real authors of these undying and philosophical sayings, this little book should have accomplished its purpose.

I thank my friend, Mr J. Avanirenren Nomayo, for finding the time to read through the whole of the manuscript. Most of his suggestions, particularly with regard with regard to the English translations I agreed with and were adopted. I am really indebted to him.

As a dedication to the revered memories of our fathers and mothers of days gone by, I present this book to the Edo nation as a whole, and to the citizens of other nations who admire wise sayings.

“When a child who has a father and mother is being given words of advice, the orphan them with his ears.”

“It is Mr. One-gains-wisdom-from-words-heard that builds his house at the side of a highway.”

One thought on “Edo”